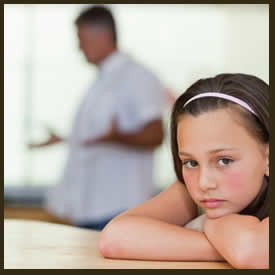 Few events in life can be more difficult than being in a bad marriage. Everyone is affected, the couple, the children, and the extended family. Everyone is invested in the relationship, and everyone struggles with the growing sense of loss in many different ways. Helping clients through this process can be some of the most challenging and also most rewarding work an attorney is ever asked to do.

Family law develops over time. It attempts to reflect society values and shape the way people treat one another during marriage and after a marriage has ended. Family law attorneys assist people in many ways. They can help craft prenuptial agreements prior to marriage. During the marriage they can provide counsel and if safety issues arise, protection of the family. When facing divorce an experienced family law attorney can help sort out the issues of child custody and child support, maintenance and other important issues. When you are faced with an important decision pertaining to a family relationship, call our office for a free consultation.

A marriage is a relationship between individuals, usually recognized by civil authority and/or bound by the religious beliefs of the participants.

In some form or another, marriage is found in virtually every society. Marriage has traditionally been understood as a monogamous union. All states prohibit a marriage to more than one person. Marriage is also prohibited between close family members. A few of the more common restrictions are:

It is mandatory in most states that a formal ceremony of some kind be performed with witnesses and a religious or licensed official.

Common law marriage is a marriage that results from the actions of a couple despite the fact that they have not obtained a marriage license or fulfilled the requirements of a state's statutory marriage laws. Typically this means that a couple has lived together for a significant period of time, while having an agreement to be married and presenting themselves to the public as husband and wife. The evidence to prove the necessary intent includes such things as sharing the same last name, filing of joint tax returns and referring to each other as husband or wife.

A Premarital/Prenuptial Agreement is a written contract between two people drawn up before marriage. It generally details any and all property either party owns (along with any debts) and what each person's property rights will be after marriage and sometimes whether alimony will be paid if the couple should divorce. Also, a prenuptial agreement may state what is to be done about property distribution should one of them die.

We routinely prepare prenuptial agreements for our clients who have identified a need for pre-marriage asset protection and planning.

On behalf of McCULLOUGH, WAREHEIM & LaBUNKER, P.A. we hope this material will be of benefit to you in answering your questions relative to family law. Contact a divorce & child support lawyer representing clients in Topeka, Kansas (and throughout the State of Kansas) today to schedule your initial consultation.

is on the southwest corner across from the Topeka Workforce Center on SW Topeka Blvd. Click the map above for directions.

Our office is a block south of the Topeka Workforce Center on SW Topeka Blvd.